When to Deploy an Active Report

When to Deploy an Active Report

With Cognos 10, IBM released a new report type called Active Reports.  The Active Report is an archived HTML (.MHT) file that can empower users in data exploration and analytics.  The reports are similar to PDF files as they are static files with self-serving data.  However, unlike PDF files, Active Reports are interactive and engaging.  IBM also released an iPad app, IBM Cognos Mobile, which marries the Active Report and the iPad into a mobile solution.

As more and more business is done from remote locations, there is a greater need to keep these individuals informed.  Being that data is stored directly in the Active Report, the report can be sent via email burst, sent from a Cognos Mobile server, or loaded directly through iTunes onto the iPad.  The user can then work, disconnected from the internet, and still navigate their data.  This enables mobile users to be self-serving and productive while disconnected.

(NOTE: No WiFi connection required in the upper left corner)

With the fast pace world of digital information, it is crucial that business, and its decision makers, keep up with the ever changing topography.  An Active Report can be made available to users, so they can quickly analyze critical data and ask follow up questions; follow up questions that previously would be additional requests to the IT department.  With Active Reports on the IBM Cognos Mobile app, decision makers can collaborate with other business users via email to facilitate changes. 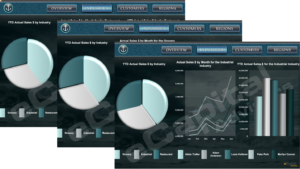 In this day and age, a meeting may need to be conducted in a short amount of time because of limited access to key decision makers.  By grabbing the attendee’s attention, meetings can be conducted quicker because the audience is more engaged.  Active Reports can be customized to capture those fleeting moments and keep users engaged through interactive charting, clickable objects, and energizing color palettes.  By appealing to the visual sense of the audience, the content becomes the focal point of the meeting. 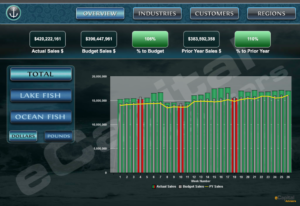 Because these reports have data embedded in them, one can imagine that there are some instances where a standard report implementation would be a better fit.  Below are a few of the topics that fit this model.

Reports that contain sensitive data are very common across the average business model.  Though Active Reports can be deployed with a 4 digit passcode and the Cognos Server can check the users security credentials if sent via the Cognos Mobile server, a standard report deployment may be a more suited choice.  The Cognos Server’s ability to enforce data level security, as well as data model security, can be a benefit when it comes to privileged data.  Active Reports will certainly work with this data, but it is an industry best practice to stay with a traditional report deployment.

There are times when developers want to take advantage of latest technologies and enhanced features.  If a report consumer is going to be at their desk consuming the report transactional level task, an Active Report may be more robust than necessary.  The end user may only want the report to be rendered to the screen and not saved; this would indicate that the user is looking for a standard report deployment, rather than an Active Report.  More often than not, an ad-hoc report will be a standard report deployment.

Active Reports have found a home in the field, boardrooms, and dashboards.  These venues require data to be selective and compressed.  As such, Active Reports strongly lend themselves to summarized data.  If business users are interested in the detailed, granular level of the data, the report may be best fit to a standard report deployment.  Though Active Reports can handle large amounts of data, the files sizes will grow in a direct relationship.  Users may want to consume the summary level data in an active report, and create a drill–through to detailed data in a separate report. 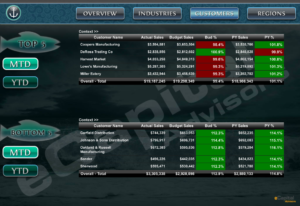 Active Reports can empower a mobile workforce, facilitate rapid decision making, and engage users with powerful visuals.  They are an excellent addition to any Cognos deployment.  Knowing the right situation for their implementation will ensure their user adoption and success. 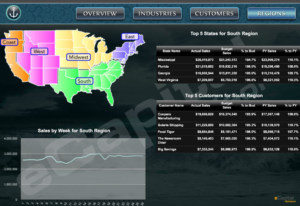