MDX Series Pt 2: A Function is Worth a Thousand Members

MDX Series Pt 2: A Function is Worth a Thousand Members

Whither Art Thou, My Children?

In the introductory post to this series, we only used members, since that is the simplest way to create a query. But if that was all that MDX offered, then it would be so limited as to be almost useless. Fortunately, that is nowhere near all that it offers.

Functions allow us to create much more complicated views, with only the slightest increase in complexity to the query. Actually, compared to listing all members in a large dimension, functions provide a great simplification. However, it does require a little knowledge about what functions are available, and how to use them.

We will take a look at two relational functions in this section: Descendants and Members. By way of these examples, a lot of the power and flexibility of functions will be illustrated.

At the end, we will give a quick overview of the range of functions available and provide with a link to the Essbase Technical Reference, where you can find much more detail. As you come across different needs while building your queries, the Technical Reference will be an invaluable resource.

Adding a function to a query is easy. Every function follows one of these patterns:

What is meant by this? Essentially it just means that there is a function keyword, and then one or more arguments, which is just information that tells the function how to behave. Arguments are always linked to something the function is supposed to do, whether that means giving it the starting point for what it needs to do, or telling it how it proceeds from the starting point.

Let’s take a concrete example. The DESCENDANTS function is used to retrieve members below a certain member (also, optionally, it may include the starting member). Here is the simplest use of the Descendants member:

In Sample.Basic, this will retrieve:

We can include this function in our query from the previous blog post.

Note: all blog posts in this series are connected to Sample.Basic using an Essbase connection. To execute an MDX statement, use the Essbase ribbon button for Query > Execute Query. If you need details on how to do this, the first post in this series walks through it step-by-step.

Not much to it!

Note: the use of 20 there is a bit arbitrary. Basically, unless you have a hierarchy that is more than 20 levels deep, then using “20, LEAVES” is equivalent to saying base-level members. If more than 20 levels were present, then the number 20 could be increased.

In Sample.Basic, this will retrieve:

We’ll take a look at one more function here. Actually, we’ll take be using two functions, while only examining one.

The MEMBERS function, instead of a member, takes either a layer or a dimension as a parameter. A dimension is pretty clear, but a layer requires a brief explanation. Basically, a layer refers to either a level or a generation, which are the two ways of looking at where members exist in the hierarchy. Generation counts down from the root dimension member to the base-level members, and levels counts up from the base-level members up to the root.

We aren’t going to fully explain the LEVELS function here, but we will use it, in part to demonstrate by example how the results of one function can form an argument for the second.

Whoops! Something odd happened there. Although we said to use LEVELS for Qtr1 at level 0, we actually are seeing base-level members for the full dimension. On further inspection, this is the correct result.

What is happening is that the LEVELS function always returns a full level, not a level restricted by the member that was used for input. This is also the reason that we have to use the MEMBERS and LEVELS function together: because what ON COLUMNS expects is a set, which is a collection of members (or member combinations, which we’ll explore in the next blog post). ON COLUMNS cannot take a level as input, since a level is a distinct concept in MDX, and can only be translated to the equivalent set of members by the MEMBERS function.

The takeaway here is that it is important to know three questions to think about when it comes to data types:

This section concludes with a brief rundown of datatypes.

We’ll explain what a tuple is in the next two blog posts. (We’ll also come to understand sets more fully.)

Data types that can be used as arguments in other functions: 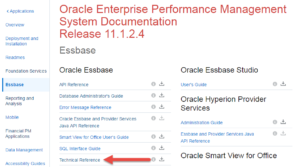 The next post will introduce tuples, which are able to refer at once to multiple dimensions (as we see regularly in the POV), explain how to use tuples in sets, and use the CrossJoin function to combine sets in powerful ways.