Many of our competitors in the FOPM space have stated that their software will “kill” Microsoft Excel. My question is, why do they want to? Excel has its flaws (I will get to those in a moment), but no it also offers the flexibility to calculate almost any equations that you can think up, the formatting capabilities to meet the demands of any picky CFO, and the global adoption and ease of use that allows analysts to quickly do analysis on demand.

One of the biggest complaints about Microsoft Excel within the finance community is that the integrity of the data starts and ends with the analyst that builds and updates the spreadsheet. In other words, there is no single version of the truth. In my first job as a financial analyst, I remember that I was updating some reports for Monday morning executive meetings, and another analyst was updating an entirely separate (but similar) set of reports. The VP of Sales was using the other analyst’s reports, and the CFO was using mine. During the meeting, they realized that the Sales numbers did not match. This was so long ago, I can’t remember if the difference was caused because we were pulling our data from different data sources or if one of our numbers was including an adjustment for returned sales, but the lesson I learned that day is that companies really need to find the single source of the truth and build all of their reports on that dataset.

The other major issue with Excel is that it has no inherent functionality to allow collaboration or to collect data and feedback from a large amount of end users. Sure you can put an excel document out on sharepoint,  box, or dropbox…but let’s face, two wrongs don’t make a right. Excel is not intended to perform this function, and sharepoint is really meant to share documents among a small number of users, not a large group.

This is why I am passionate about TM1, because in developing the tool, IBM has solved two of the major flaws of excel, all the while embracing excel! When you buy TM1, you get Perspectives, which is an excel add-in that connects back to TM1. And you also get Café (Cognos Analysis for Excel). Café is a Microsoft Excel-based tool that professional report authors use to build sophisticated, multiple-sheet, multiple-query reports against multiple databases (including TM1). 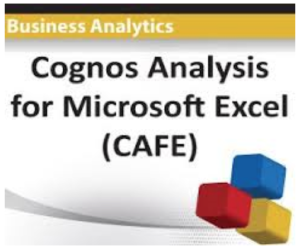 Using TM1 as your single source of the truth, your analysts can then all develop their own version of the reports – in Microsoft Excel, and you KNOW that there will never be a discrepancy with the data. TM1 also allows us to put reports or views out onto the web and allow hundreds or thousands of users to view those reports and potentially even write-back when necessary. 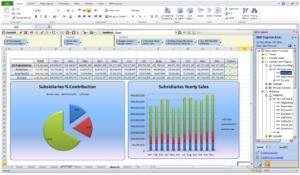 Microsoft Excel is engrained into every aspect of our businesses, for most finance professionals using excel is almost second nature. Why some firms are making claims that their software an “kill” Excel seems pretty far-fetched, and personally I am happy that IBM and TM1 have embraced Excel.